Sounds of the Season: My Top 12 Favorite Christmas Recordings

I thought I’d share some of my favorite holiday music with you to help you get in the Christmas Spirit.

As a kid, my favorite thing was to turn all the lights off in the house, except the Christmas lights, pull out all the old Christmas records and crank up the stereo.

When I started putting this list together, I was wondering if I should include some of my old favorites that are out of print. As luck would have it, I found several of them in various formats! I’ll start by mentioning a few more sentimental favorites from my childhood that aren’t readily available.

Firestone and Goodyear released some great Christmas collections when I was a kid. Many are out of print but a few have managed to be released and re-released commercially and fewer still are available as mp3 downloads. I realize many people won’t appreciate these vintage recordings the way I do because the style and recording quality may feel too outdated.

Firestone – Your Favorite Christmas Volume 1 (MLP7005) My parents owned this album and my Grandma had Volume 3. Lots of choral renditions with soloists here. Very nostalgic. I was able to get a clean, digitized copy and I;ll admit, I kind of miss the skips and scratches I remember from our old worn out record.

Goodyear – Great Songs of Christmas, Volume 6 Featuring many prominent artists of the day. If I think of childhood Christmases, I immediately think of the New Christy Minstrels’ version of We Need A Little Christmas found here. It also includes the best-ever version of Let It Snow! by Steve Lawrence and Eydie Gorme.

Goodyear. Christmas Is (P11417) Another popular artist collection– I can actually remember the excitement of following my Mom into Goodyear to buy this one. I played The Carpenters, Merry Christmas Darling — so many times, I nearly wore it out.

O here’s my most current top twelve. I did try to rank these album as best I could– saving the best for last. I hope you find some new, or maybe remind you of some familiar choices!

Wrapped In Red by Kelly Clarkson New this year, I hate to list it in last place but it hasn’t had the opportunity to stand the test of time. Clarkson co-wrote five original songs on the album that vocally, once again shows her versatility as an artist. Pop, country, traditional– there’s something for everyone. Undoubtedly, the song I’ll have listened to most this season, will be the original, Winter Dreams (Brandon’s Song). Contemporary and upbeat, I can’t get enough of it. 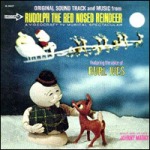 Rudolph the Red-Nosed Reindeer by Burl Ives   Pure nostalgia wins this album a spot on my list. Watching Rudolph on TV was a family holiday tradition. It was years before I knew Burl Ives wasn’t a snowman in real life. 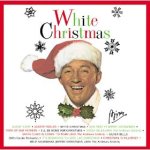 White Christmas by Bing Crosby One of the best-selling Christmas albums of all time, White Christmas (1945) has the distinction of being the longest, continuous in-print recording in the U.S.. second only to the musical cast album, Oklahoma! (1943).

When My Heart Finds Christmas by Harry Connick, Jr. A long time favorite. Connick’s smooth crooning warms you from the inside out.

Home For Christmas by Amy Grant I love this album. Re-released and expanded as The Christmas Collection, Two of my all-time favorites are included: Breath of Heaven (Mary’s Song) and My Grown Up Christmas List.

Faith: A Holiday Album by Kenny G Currently only $7.33 for both the CD AND the MP3 (Auto-Rip) version through Amazon. I love a good soulful instrumental album and this one hits the spot. The perfect background for holiday parties or after dinner music and cuddling by the fire.

The Christmas Collection: The Best of Vanessa Williams: 20th Century Masters Originally released as Star Bright, this collection is hard to beat. I’ve always been a big fan of Williams and this recording is one of her best. It’s a terrific bargain, currently only $4.99 and you receive both the CD AND the MP3 (Auto-Rip) version.

Ally McBeal: A Very Ally Christmas From the hit TV show featuring Vonda Shepard as well as performances by the rest of the cast. Shepard may not have Adele’s dazzling technique but she certain has her heart and soul. Most notable on this album is Robert Downey, Jr.’s heartbreaking rendition of River. Amazon doesn’t currently have the album available for download but it is available on iTunes.

Noel by Josh Groban I can’t resist Groban’s warm smooth voice. If you are looking for a male artist whose sound is a little more traditional– check this one out. You can get both the CD AND the MP3 download together in this version from Amazon  Here.

A Christmas Album by Barbra Streisand A perennial favorite, re-issued three times and never out of print, this 1967 album is always on my playlist. It was the best-selling Christmas Album in 1967, spending five weeks at #1 and is believed to be one of the best selling of all time. ( It is not listed in the Top Ten on the Billboard chart, which only records sales from 1991.) It’s probably my most listened to Christmas recording. Over the years, I owned it in every format (except 8-track tape) and I love every song. Streisand’s rendition of Ava Maria remains my favorite to this day. Not bad for a Jewish girl from Brooklyn. You can purchase the CD AND the MP3 download together in this

version from Amazon for only $4.99 Here. 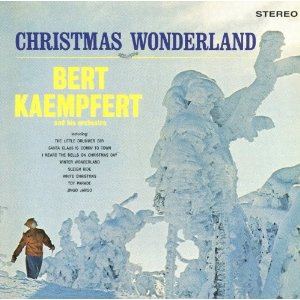 My Number One Favorite Holiday Album of All-Time is:

Christmas Wonderland by Bert Kaempfert Recorded in 1963, this all instrumental album is timeless. I grew up with it and some of you may recognize tracks that were used frequently in seasonal commercials. I spent years looking for it on CD and finally found it a few years back. It was remastered and re-released in 1997 on CD and cassette. It is currently not available as an MP3 download but new CDs are available through Amazon.com starting at $23.99. If you are looking for a great one, I highly recommend it.

Here are some free Holiday MP3 album downloads available as of today (12/17/13):

Tons of Music For Only 99 Cents:

Big Christmas Box – 280 tracks including a large chunk of Handel’s Messiah for a total of over 13 hours of music! Only 99 cents.

And For Those of You Stressed Out By the Holidays:

I apologize in advance if any of the prices or links aren’t accurate but they are all current as of this posting. (12/17/13)