Suicide: Grappling With the Unimaginable

Four years ago the world lost a beautiful, creative, brilliant young girl who touched and forever changed my life.

Her senior year in high school, as the student assistant director, she’d been an important driving force behind our spring musical’s success and such an incredible help to me. She set a new standard for how effective, given the opportunity, student leadership at our school could be.

I saw her only twice after she graduated. We kept in touch online and she seemed to be doing well in college but then suddenly she was gone.

The death of Robin Williams brought back all the pain and grief I experienced back then.

I’ve felt the need to write about this for quite some time; particularly in the past week. (Her birthday.) Knowing the right words to say is another story.

Grappling with the unimaginable. 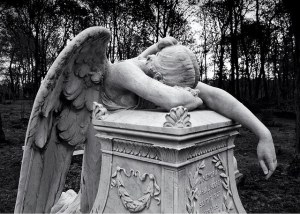 As a writer, I want to tell stories to share with readers about topics and events that have had an impact on my life. As a writer, it’s extremely difficult not to romanticize, in an effort to engage an audience.

I don’t want to romanticize this topic.

The fact is, suicide is not a solution. All it does is magnifies the pain and sadness, transferring it on to other people.

In 2011, someone in the United States died by suicide every 13 minutes.

It was the 10th leading cause of death with 39,518 reported suicides in the U.S. According to the World Heath Organization, there are over 800,000 deaths by suicide, globally, each year.

i found a list published by the American Foundation for Suicide Prevention that they have asked all media and writers on the topic to share:

I realized after reading this list, that telling my story really wouldn’t really help anyone. If anything, I could risk trivializing or making an antidote out of a tragic event.

For the survivors of suicide, the long lasting effects can leave them immobilized. Grief, depression, helplessness, anger and guilt are often experienced and difficult to overcome.

Do you know what I really hate? I hate the stigma attached to the following terms: mental illness, mental disorder and mental health.

There is a common accepted belief that you are either normal or mentally ill. I find this extremely offense and inaccurate.

What is normal? In all of humanity, no two people are, or have ever been, exactly alike. So how can we define anyone society as normal?

Not only do we all look, think and feel differently; we also experience different sets of circumstances and react to them differently.

Normal tends to insinuate that there are people that are superior and mentally more healthy than others. It creates a stigma against people that live within any extremes. The need to define or classify us all leads some people to feel marked, separate and extremely alone.

Grappling with suicide: trying to understand or accept, is a long. difficult journey. Searching for answers that don’t exist is incomprehensible.

Here is a list of resources that might be helpful for understanding and coping with suicide and depression:

By jlinamen1229 in education, Family, Health, Lifestyle, News, Personal Growth, Social Networking, Uncategorized on November 6, 2014.
← Give Me A Freak Being Human: A Life Without _____ Is A Life Not Lived →