Return To the Land of Nunya 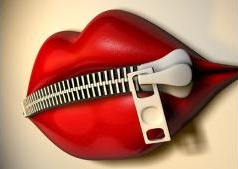 Once upon a time….

In the not so distant past, was the mystical kingdom of Nunya–

Where personal lives and decisions were private– and

Everyone had the freedom of choice, of

What to share and what to keep to themselves.

Then Nunya was consumed by the larger world called Internet–

And Social Media became the rule of law;

No one was safe.

Everyone was obligated to be an open book.

Nunya was no more. 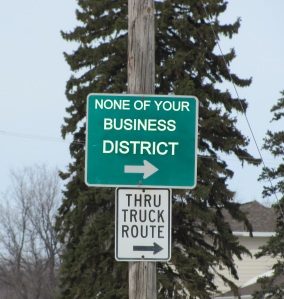 “It’s none of your business.”

Nunya = none of your.

Does anyone say this anymore? Does anyone else ever feel like they want to say it? If you wanted to, would you?

One of the draw backs to the social media phenomenon is the disappearance of privacy. Some things don’t need to be shared publicly. Sometimes you may, or do feel obligated to share things that you never would have before.

I’m all for freedom of speech, everyone’s right to share anything they want to share, and I personally– find some people’s openness refreshing.

Sometimes I wonder how many people share things and then regret them later. Anybody? 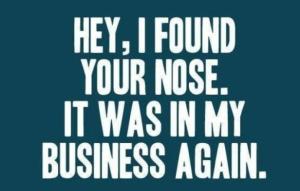 The only time I feel pressured is when I’m asked questions– that I know are only a launching point for someone’s alternative agenda.  They want you to respond, already knowing what you are going to say, just so they can tell you you are wrong or how they would have done it differently?

Does that help anyone? Is it just being mean-spirited?

You and I both know when the questions are innocent and sincere; or motivated by something else. 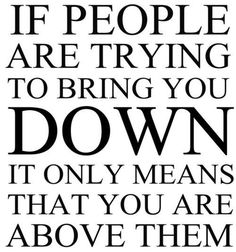 What would happen if, when we are asked, “How… ” or “Why… ” We responded, “None of your business.” I know some people, including myself, find it easier to not respond at all sometimes.

“How did you lose so much weight?”

These are two of my favorites WHEN I answer and the follow up response is– “Oh. Well, I would NEVER …..” Heard that before?

But I didn’t ask you, you asked me. So what’s your point?

Next time, I may just say NUNYA.

By jlinamen1229 in Facebook, Lifestyle, Personal Growth, Social Networking, Uncategorized on November 20, 2014.
← Savings, Loss or Scam: Is Pet Insurance Right For You? Blowing Up Thanksgiving →