Southeast Asia Travel Day Eleven: Beach & BBQ day today in Koh Kood, Thailand. It was just what you’d expect of a fairly secluded beach on a tropical island– loads of palm trees and lush foliage. There was a huge sandy clearing with tables and chairs for eating and many beach chairs for sunning, down by the water. The crew from the ship hauled all the food and supplies out early before the rest of were tendered to the island dock. We stayed a couple hours- ate and walked the shoreline; then went back to the ship. 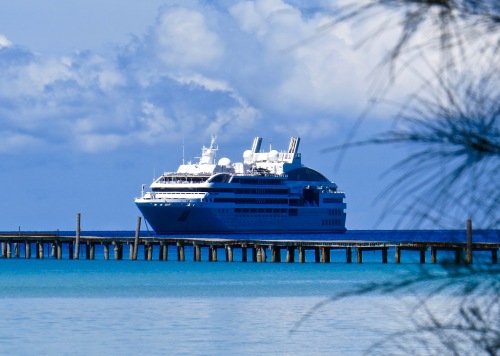 Our ship, Le Soleal from the beach. 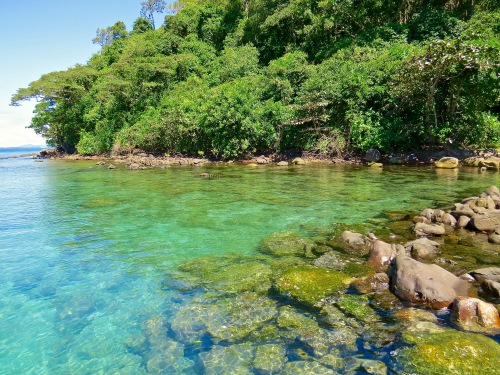 Looking out to sea from the island of Koh Kood.

Lindsay Mendez at the autograph signing.

The first of two mingle and autograph sessions were held before dinner. Tommy Tune designed the poster for this year’s cruise. About half of the performers did the signing today: Tommy Tune, Christine Ebersole, Norm Lewis, Lindsay Mendez, Seth Rudetsky and Liz Callaway. It was a good chance to talk with them without feeling like you were imposing on their vacation time. On a day-to-day basis, some were more friendly and accessible than others; and we often found an opportunity to chat in passing.

Hunter Foster & Jennifer Cody chat about their careers and relationship during their evening performance.

After dinner, Broadway couple- Hunter Foster and his wife Jennifer Cody performed. They did more of a ‘chat and sing’ style performance, hosted by Seth Rudetsky. This was the perfect format for them. Especially, since most of us were less familiar with Jennifer Cody, by name… but most had probably seen her in at least one show if not more. From the shows that were mentioned, I figured Michael and I had seen her at least three or four times in different Broadway shows. We last saw Hunter on closing night in The Bridges of Madison County. They both gave impressive performances together and alone. It was also fun to listen to their witty banter and learn more about their careers and the two of them as a couple.