The restored clock at St. Pancras.

You’re probably familiar with the St. Pancras Hotel and didn’t even know it. Have you seen Harry Potter and the Chamber of Secrets? In an early scene of the movie they fly right by it. The Spice Girls video “Wannabe” was filmed at the entrance and on the grand staircase, prior to the hotel’s massive renovation.

The London neighborhood of King’s Cross was a major train hub, both freight and passenger trains, in the late 1800’s, with four major train stations located there. St. Pancras was opened in 1868 owned by the Midland Railway Company. The Midland Grand Hotel, a stunning work of Victorian Gothic architecture, designed by architect George Gilbert Scott, opened in the attached space in 1873. 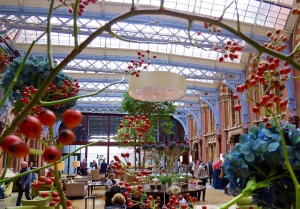 Inside the lobby of the restored St. Pancras hotel.

Unfortunately, the hotel closed in 1935 when it became too costly to run with its outdated utilities, and was used mainly  as office space after that. In addition, train terminal was hit by bombs during WWII causing extensive damage.

This incredible landmark was almost demolished in the late 1960’s after falling into major disrepair. Luckily, with great effort and much expense, it was saved. 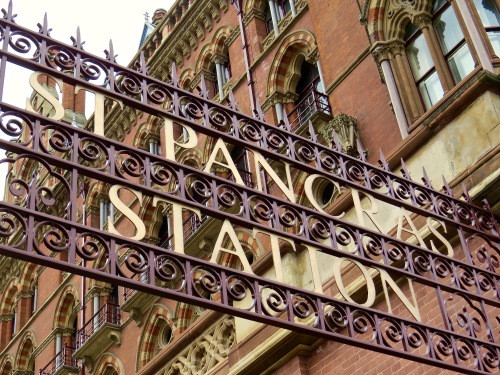 The original design of the train terminal at St. Pancras International was by William Henry Barlow. 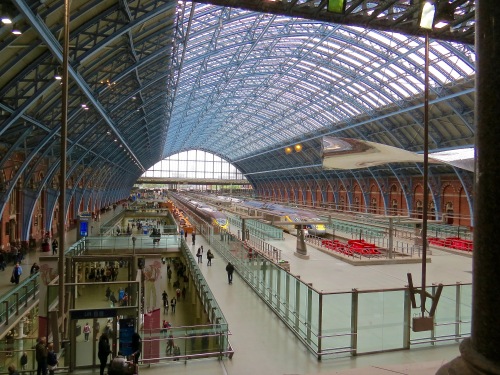 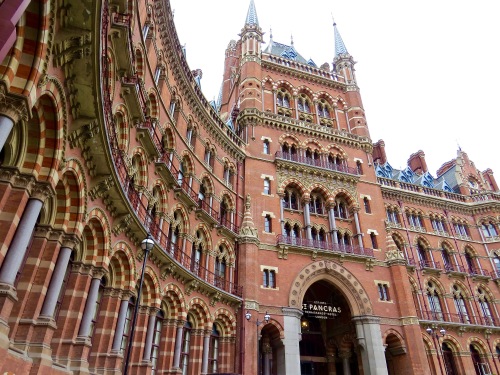 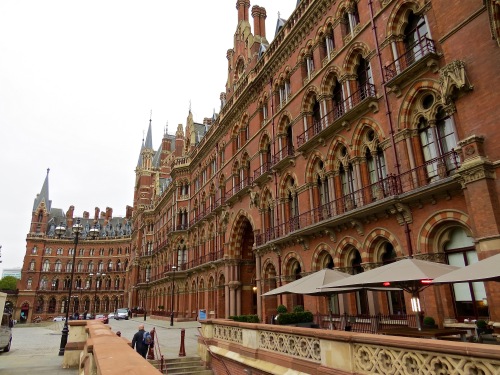 This magnificent building is too large to photograph. 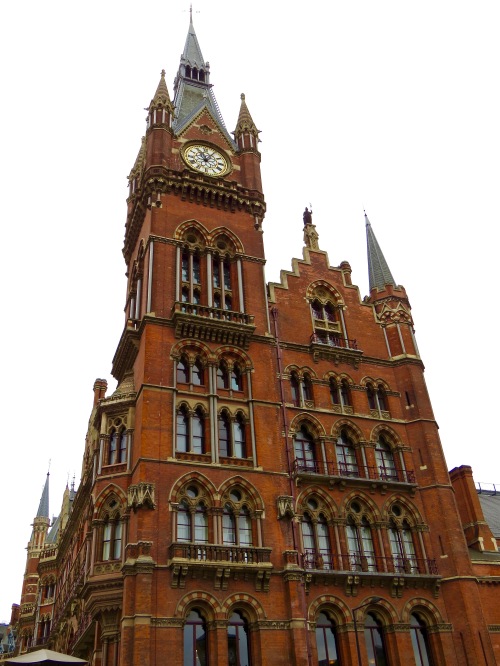 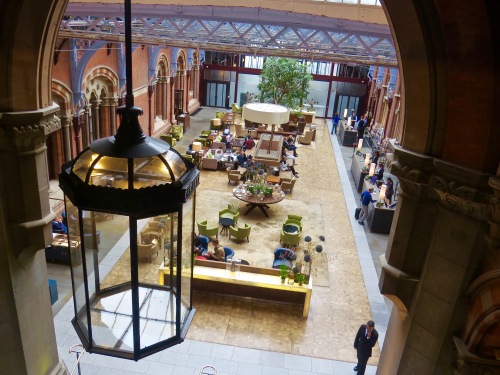 Looking down at the lobby of the St. Pancras Renaissance London Hotel. 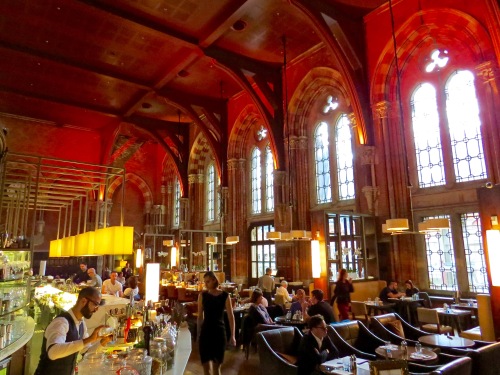 Inside the Booking Office Bar & Restaurant, once the ticketing office for train passage.

The ceiling inside the Gilbert Scott Bar. 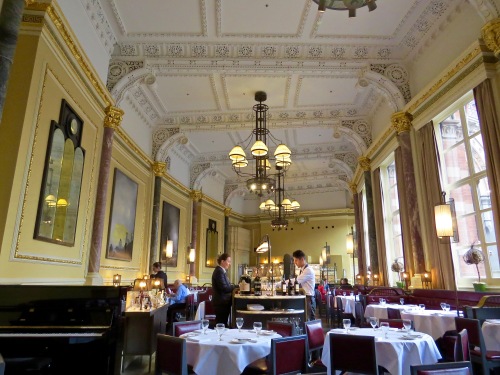 The bedroom of the Sir George Gilbert Scott Suite. 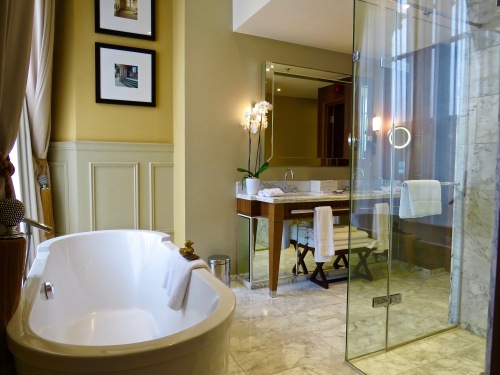 The bathroom in the Sir George Gilbert Scott Suite.

A touch of whimsy. 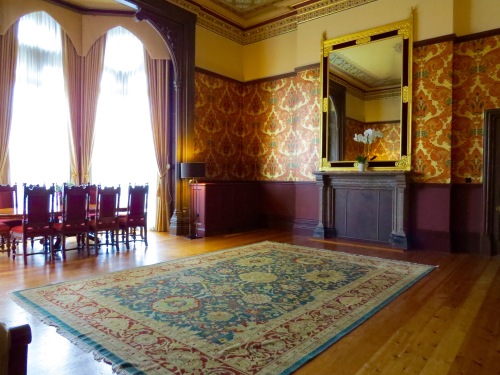 The living area in the Sir George Gilbert Scott Suite.

Fresh flowers and a view of the Clock Tower.

The Gothic Windows of Grand Staircase. 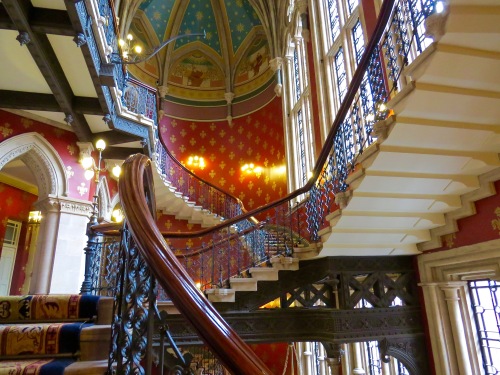 A view at the Grand Staircase. 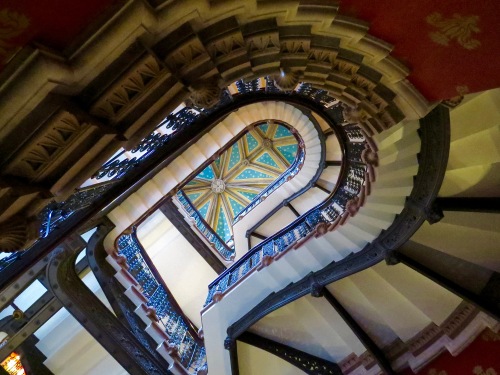 Looking up along one side of the Grand Staircase.

Looking down the center of the Grand Staircase.

Looking down one side of the Grand Staircase.